If you’ve been a little bit worried about Facebook leaking data to Cambridge Analytica, what google knows about you and the ramification for democracy, privacy, human rights and more, you’re not alone. Here’s a thought exercise about what’s coming and what’s at stake. 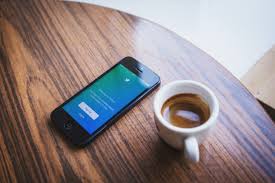 Jane’s phone wakes her at 6:30am, reads her the weather, switches the coffee machine on and opens the south facing windows to let in the morning breeze. Her shower turns on as she enters the bathroom and adjusts to her preferred pressure and temperature and turns itself off after her preferred length of time. Based on her shower, the solar hot water system adjusts for water used and sets itself to heat over the day based on the weather forecast and the fact that it knows the shower will not be used until tomorrow morning.

At 8:51am, a driverless autonomous vehicle arrives out the front because her calendar booked it based on her work start time. It takes her and three other people into town for work. They are dropped at a designated zone surrounded by shops. There are no cars in town and people are everywhere. As Jane walks past her favourite clothes shop her phone notifies her that her dress has arrived and is ready for pick up. As Jane arrives at work she is automatically registered as present, her computer turns on, downloads and sorts email based on project priority, notifying her of actions required for the day.

Coffee is delivered based on the preference of each attendee by robot to a designated meeting room for her 9:15am meeting. At 10am the windows at home close based on the hot weather forecast, the sprinklers turn on for 20 minutes and the air conditioner sets itself to turn on five minutes before her scheduled arrival at home at 6pm.

At 3pm her house sells solar power to a neighbour who is home with the air conditioning running. The amount sold is excess power that she won’t require that evening and the money is credited to her account.

Jane has not yet taken her phone from her handbag.

Are you excited by this future? At first glance it looks like automated heaven. But there are serious questions to ask and they go to the nature of smart cities, of ownership, of privacy, of control, of global economic growth, of governance, of national security, of human rights and of human nature.

Does a global corporation own and have access to her data?
Who built the applications?
Who owns her phone?
Is Jane locked into a corporate tech giant’s operating system that controls all aspects of her life?
Does this tech slowly learn about Jane and then subtlety influence who she is and what she buys and where she goes and what she does until she is not quite sure if she is in charge anymore?
Who controls the internet this life is based on? Can it be switched off?
Does the tech company refuse to open the door to her house if her monthly payment is overdue?

What if the shop sells her dress size to weight loss programs when her weight rises, at which point they bombard her with advertising?
Does her employer own her work data and can they look at it when they like?
Does the workplace door simply not open for Jane one morning when her job has been replaced by a robot?
Does that automatically trigger all the rest of her technology to be switched off because she wont be able to pay for it?
Does the government have access to her data, barring her access to certain buildings, events or countries based on her sexual or religious preference?
Do political parties have access to her voting history, so that they can bombard her at election time with subtle behaviour change messaging she doesn’t even notice is occurring?
Do the police/government/tech companies have access to Jane’s position and movements?
Do television ads specifically target her immediate needs?
Is the drone following Jane down the street there because she googled ‘Terrorism’ 20 minutes ago, or because the friend she is walking to visit attended a political meeting last week?

Did Jane talk to a human all morning?
Does she feel like a monotonous robot?
Does she feel in control of her life, emotions and decisions?
Does she feel that it is worth it?
How many conversations did Jane have that morning?

Sheesh! Got the shivers yet? Because this tech is coming and fast. Most of the vision above is already technically feasible and even available. Global giants and their government friends are going to come at us with the shiny tech and grants and subsidies and powerful seminars and highly produced marketing and VIP meetings.

Take Ford Motor Company for example. They are now about personal mobility and produced this quite brilliant short video showing how they can transform transport for the better. Take a look, it’s mostly very exciting, but watch it through this lens: Ford will own the tech, do the work, provide the vehicles, own the data, use the data, sell the data and own the platform we use to move around. Take a look at the questions above again after watching the video. Excited? Scared?

We have a window of opportunity to make some choices about who owns, controls and delivers this technology in our communities. We’re thinking very seriously about all of this as we build bHive.